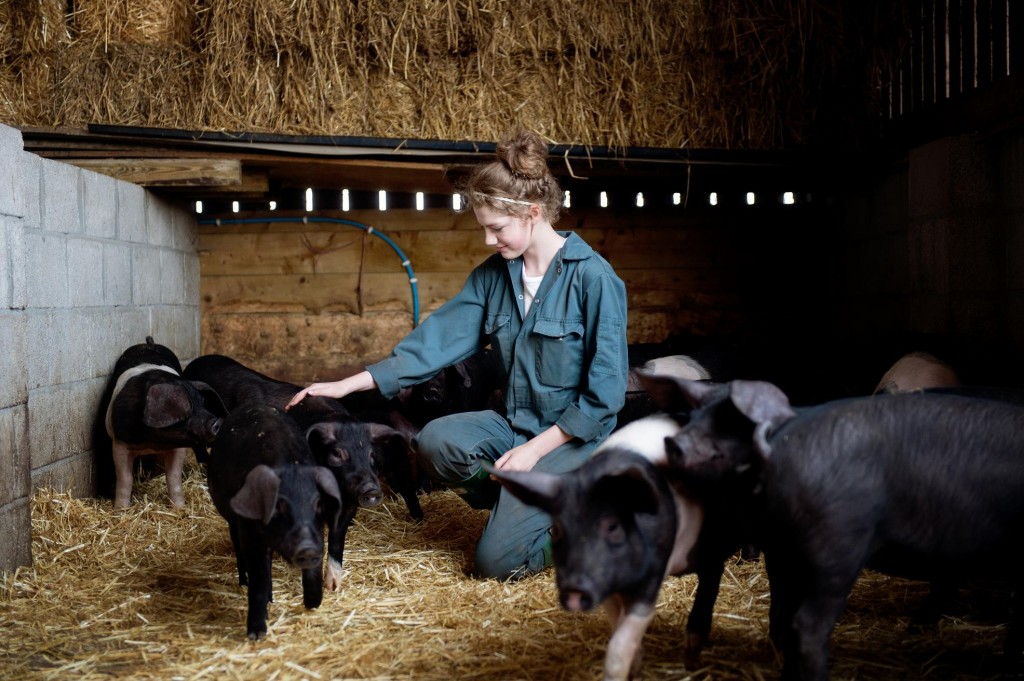 Primrose Herd, a family-run pork producer based near Redruth, has scooped two prestigious accolades at the Great Taste Awards – the world’s most coveted blind-tasted food awards.

The Cornish brand came away with three stars – the highest ranking – for both their Gloucestershire Old Spots Belly Pork and Gloucester Old Spots Shoulder of Pork.

Primrose Herd pork is also used by Duchy Charcuterie; Proprietor Marc Dennis was pleased to receive two stars for his Lonzo – especially as 2016 is the first time he has entered a product in the Great Taste Awards.

There were around 10,000 Great Taste entries this year, and only 141 have been awarded three-star status; these products will be whittled down to the 2016 Top 50 Foods before the ultimate final, the Golden Fork Awards, which takes place in London on 5th September.

Bill Lugg, who cares for the pigs of Primrose Herd alongside his wife Sally and their three children, Rachael, Abbi and Josh, said he was overjoyed with the results:

“We are thrilled to have achieved three stars in two categories – it makes all the hard work worthwhile. We particularly want to thank our Head Butcher and Assistant Stockman Jake Gregory. Without his hard work and dedication, we wouldn’t be where we are today.”

Sally added: “There are a lot of food awards out there, but for artisan producers the Great Taste Awards is the pinnacle – it’s the most respected accreditation scheme for speciality producers. Everything is tasted blind and the judges are extremely tough critics.”

The glowing feedback for the pork belly and shoulder included: “A joy to behold and taste,” “wonderfully satisfying,” and “succulent, flavoursome, tender, moist.  A fabulous experience.”

Meanwhile, Duchy Charcuterie’s Lonzo was described as being “beautifully moist, with a good salt and fat balance. The lovely flavour of the meat shines through.”

The Luggs have been rearing traditional breeds at their family farm since 1999; their tried and tested model is based on keeping the pigs outdoors and allowing them to grow and mature naturally and slowly – resulting in a higher fat to meat ratio and a delicious deep flavour.

Primrose Herd sell their award-winning pork at Truro Farmers Market and to top restaurants in Cornwall and beyond; you can now also buy via the Primrose Herd website, The Cornish Food Box and Newquay Food Assembly.